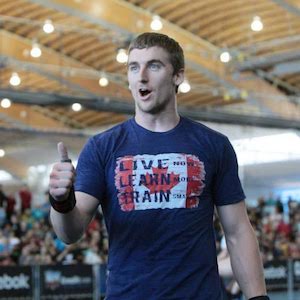 Many of the greatest performers of all time in sports, business and entertainment got where they are not only from talent and work ethic – but also from their training with a coach who was able to guide them on their journey.

As someone who coaches athletes myself, I obviously see the value in coaching, and Michael FitzGerald has been my “coaching” coach.

I originally reached out to Michael a few years ago when he first offered a “program design mentorship” on his blog, and we worked together for almost a year. I would design a program for a theoretical situation (critique Spencer Hendel’s training, write a program for Chris Spealler, etc.), then he would tell me what made sense about my designs and what didn’t.

From there, Michael started coaching me as an athlete, which, on my end, is a continued learning to see how he designs programs, how he targets specific adaptations, how he waves volume and intensity, and other nerdy, meta things.

In this interview, we get into some of the nitty gritty aspects of program design for CrossFit performance as well as some of the psychological barriers that can limit athletes from achieving their top performance.